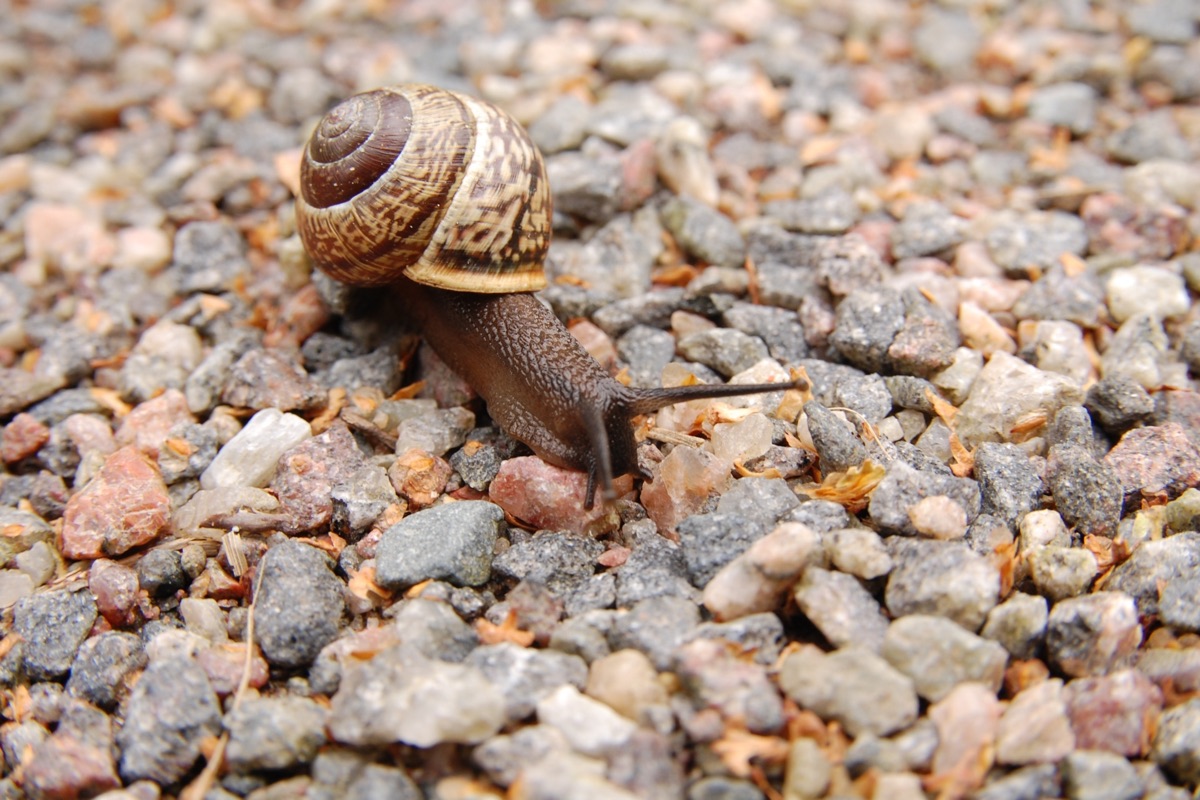 I revel in words, delight in definitions, and relish acronyms. For instance, the acronym PACTS—Powerful Acts of Consciousness, Truth, and Sovereignty—forms the foundation of Thrivival itself. I have also indulged in playing with acronyms in my middle-grade novel, Genevieve’s Worlds. In the final chapter, 12 Duodecad: GRIT, 11-year-old, Genevieve, works up the GRIT to Go Right Into Trepidation to reach her goals, which required determination and some ground work. Not unlike my own gritty trek to share Genevieve’s success with young readers.

Aligned with Gravity; GRIT grounds us down, breaking down negative connections.

“When I resolutely face my discomfort, my fear disintegrates—my resistance dissolves.”

Aligned with Levity, PLUCK raises us up, building up positive connections.

“When I intently focus on my purpose, my luck aligns—my possibilities harmonize.”

In April 2020, through a local literary festival, I gained the opportunity to meet online with a children’s book editor for a major, international publishing company to discuss an excerpt from my middle-grade novel, Genevieve’s Worlds. The opportunity required some PLUCK—Purposeful LUCK. First, it required paying a fee to have my submitted excerpt read and considered. I waffled over this process—I had already paid various fees through workshops, contests, and critiques, to have various experts tell me that my manuscript ‘has potential.’ Positive feedback only goes so far. But, my husband’s colleague had found a publisher through this very process, so, maybe, I would too—with a little PLUCK.

I submitted my entry and received an invitation to meet with an editor. In fact, the organizer very graciously and conscientiously juggled the schedule to connect me with the editor they considered most appropriate for my novel. I rejoiced at my good fortune.

And, as luck would have it, in my online meeting with the editor, she proactively requested to read the entire novel to provide feedback and consider it for publication. Could this be my big break into publishing?! I eagerly sent her my draft and then patiently awaited a response. She had stated that her department was backlogged—it could take several months for her to respond back to me with feedback, but she assured me that she would, whether she wanted to publish the book or not.

How both PLUCK and GRIT continue to influence my creative process:

Writing the story requires PLUCK—Purposeful Luck. I build the story up, like a stone mason carefully places the best rocks to build a solid foundation, slowly selecting and adjusting each stone. With some luck, and a lot of patience, they fit together well.

Editing the story requires GRIT—Go Right Into Trepidation. And then, I expose it to scrutiny—does the work stand up to the rumbling of uninvested eyes? I quake, then face the need for improvements. With GRIT, I grind off the rough edges and, sometimes, I even break down entire sections and rebuild them again, stronger and more elegantly.

A year-and-a-half later, my patience had completely run out—and, I must admit, I had begun to feel bitter. She had gone above and beyond the intention of the meeting by proactively requesting to review my novel. She had looked me in the eye (through her laptop camera) and clearly committed to me that she would respond with feedback. Had she simply changed her mind and couldn’t be bothered to let me know? She couldn’t have been that swamped—in the meantime, I had followed her public Instagram account and watched her post images regularly of a record number of completed jig-saw puzzles. Now, don’t get me wrong, I love jig-saw puzzles, but seriously?! I tried to give her the benefit of the doubt—had she lost my manuscript? Had it fallen through the cracks of her in-box?

There is a very clearly written rule that authors seeking publishers never hound an editor with a follow-up. Never ever. An aspiring author is completely at the mercy of the editor. Yet, I felt that her integrity required a response—she had asked to read my manuscript. Like my protagonist, Genevieve, does in the novel the editor had committed to review, I finally worked up enough GRIT to, very uncomfortably, Go Right Into Trepidation, and write her a very polite follow-up email.

Twenty long days after sending the follow-up, and just about the time I concluded that she never actually intended to follow through, she did. Glory day. She had indeed read Genevieve’s Worlds and did provide helpful feedback. However, she indicated that, “While I liked the story a lot, it just didn’t quite resonate with me in the way I needed it to in order to move ahead.”

So, after over a year-and-a-half of waiting and hoping, I found myself back at square one; well, perhaps at square three. Her feedback indicated that the story (which I had already divided into two books and then revised heavily) still needed further condensing to improve the ‘pacing.’ I couldn’t help but wonder, Is it even readable and publishable as a middle-grade novel? —and I actually worked up the additional GRIT required to ask her.

She replied immediately, “I think it’s readable for middle grade! And the themes work for middle grade. It’s really the pacing and length that will help place it more firmly in that age range.”

And, so, my GRIT resulted in a small, pebble-sized victory. I braced myself to Go Right Into Trepidation again by digging into the next round of extensive editing—on to version three.

“I don’t know,” I reply, a bit impatiently, “I just felt…I don’t know, like I didn’t want to be there.” I pause, looking down at my lap, then gain courage and state with a newfound assertiveness, “I don’t like this school.” Then, I quickly add, “No offence, this school is great and everything. It’s just not…it’s not the right school for me. I don’t want to be in a class with older kids—I want to be with kids my own age.”

“No offence taken.” She pauses. “Well, it sounds to me like you do know.” Then, that wide grin brightens her face again. “I think what you need is some grit,” she says, very gleefully, slapping her palms on her thighs.

“Yes, now. Use my laptop.” She retrieves her closed laptop from the little desk, opens it on the round side table in front of us and types ‘define: grit’:

“Yup, one of the best. Always write it in capital letters. GRIT.”

“But, aren’t you really just telling me that I have to ‘grin and bear it’? Endure it even though I don’t like it because there’s nothing I can do about it? ‘Cause, that’s not really that encouraging.”

“Certainly not! People with GRIT don’t endure bad things, they change them for the better!”

“Hmm…” I pause, “But, my Mom said she won’t do anything. The closest school with an enriched program is full. And the next closest school is too far away from where we live. She says I have to stay here.”

“Well, maybe it’s time for you to do something.”

“Advocate for yourself. Set a goal. If you think another school will suit you better, you need to investigate your options. Do some research! Seems to me that visiting those schools and talking to some people there will help you to know for sure if one of them is a better fit for you. And, if it is, then we figure out how to get you in.”

“Well, it’s gonna take some GRIT, that’s for sure. And a plan. All worthwhile goals require a plan of action. Strategic planning, that’s what we need.” She slaps her thighs again—they must be red at this point.

Together, we review the two closest schools with enriched programs: The one that’s walking distance from my apartment, but full; and the other one that has space, but requires going on a subway and streetcar. We read through the descriptions of their enriched programs and confirm that’s what I want. We agree that I should visit them both.

“Yes, it is scary. But, you can do it. GRIT requires ‘Going Right Into Trepidation’.”

“Trepidation?” I quickly look it up:

Trepidation. Noun:
1. A feeling of fear or agitation about something that may happen.
2. A trembling motion.
Synonyms: fear, agitation, anxiety, trembling, jitteriness….

I pause, thinking it over. “So…GRIT starts out as a big rock and then Trepidation creates the trembling motion that wears it down into sand.”

“Exactly! We break down the fear through careful planning.”

The bell rings signalling my next class.

Mrs. Gurmel says hurriedly, “We still have over a week to finalize your plan. I’ll see you at our Monday appointment and we’ll review everything again then and adjust the plan as needed, okay?”

“And remember, GRIT, this week, okay?”

Each Thrivival Series contains 7 posts, in alignment with each of the 7 Thrivival categories. Begin by grounding down with post 1 and ascend the rainbow to seventh heaven with post 7: