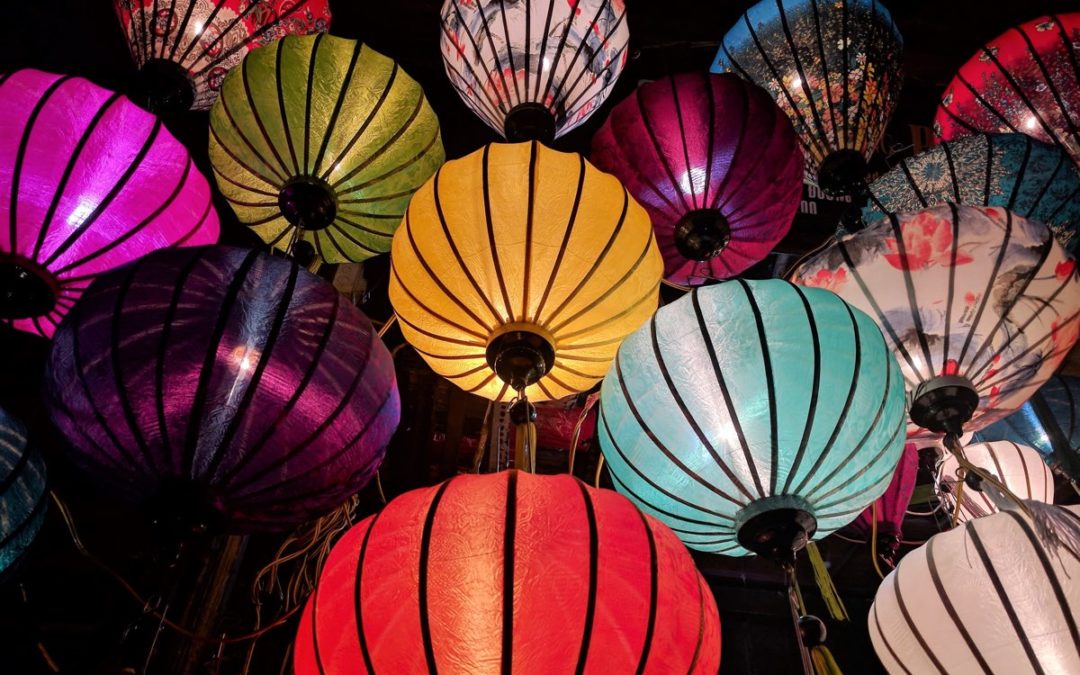 The I AM Series explores our true identity as spiritual beings. I believe…

I AM an eternal, multi-dimensional, spiritual being who has chosen to fragment into this temporary aspect to physically experience ascending in consciousness.

At the beginning of their Grade 9 school year, my eldest, Fynn—who identifies as non-binary—texted me the following from their new class:

“My teacher keeps calling us ‘Ladies and Gentlemen.’
I guess I am the ‘and.’”

I laughed and grimaced simultaneously—their teacher clearly needed a lesson in inclusive language. But, the statement, ‘I am the and,’ also struck me from another perspective—a more multi-dimensional one.

In my last I AM Series post, I explored how you are and i am that I AM:

The Biblical I AM THAT I AM

13. And Moses said unto God, Behold, when I come unto the children of Israel, and shall say unto them, The God of your fathers has sent me unto you; and they shall say to me, What is his name? What shall I say unto them?

14. And God said unto Moses, I AM THAT I AM: and he said, Thus shall you say unto the children of Israel, I AM has sent me unto you.

I considered the ‘and’ in the statement, ‘I am that and that and that‘. Imagine for a moment the possibilities in this statement—the ‘scope for imagination,’ as Anne of Green Gables would say. We are all on an eternal journey, to explore an infinity of possibilities—to have every experience that ever happened, is happening, and will happen, or never happened, is not happening, and never will happen. All at once. Countless timelines, in many lifetimes, in many dimensions, played out in an endless number of multiverses—every experience, from every possible perspective—all happening in the now.

* From the book: SUMMUM: Sealed Except to the Open Mind
~ Summum Bonum Amen Ra

Automatically, with no beginning and no end, do these Grand Opposites of NOTHING and POSSIBILITY come in and out of bond infinite times in a finite moment—therefore creating as series of infinite EVENTS. These infinite events held within the finite moment of singularity, manifest as infinite conceptualized energy that is then externalized through phenomenal, inconceivable projections, limitless in number. Among these countless projections, one produced our universe through an extreme rapid expansion, what has been called the BIG BANG—an EVENT. In essence, there are infinite big bangs creating infinite universes whose origin is an eternal, finite moment of infinite events, all produced by NOTHING and POSSIBILITY.…

Sound exciting? Or far-fetched? Not according to quantum physics; in the words of Stephen Hawking:

The ‘you’ reading this post—this conscious soul fragment, in this temporary body, in this singular timeline, vibrating in this specific frequency—observes your reality from one perspective. And, at the same time, you have other aspects of yourself vibrating energetically in other frequencies, experiencing other realities, in other incarnations, bodies, timelines, and dimensions. And, you have a higher self, and an oversoul, and extra-dimensional guides who are your future self returning to assist you, and….

* From the book: SUMMUM: Sealed Except to the Open Mind
~ Summum Bonum Amen Ra

The Grand Principle of Creation embodies your SUBJECTIVE OBSERVATION of Creation Itself, in which the process of observation between NOTHING and POSSIBILITY produces the EVENT of Creation.

In quantum physics, this ‘subjective observation’ is called the Observer Effect.

“The observer effect is the fact that observing a situation or phenomenon necessarily changes it. Observer effects are especially prominent in physics where observation and uncertainty are fundamental aspects of modern quantum mechanics.” ~ The Observer Effect, IEEE Xplore

Consider the classic philosophical question, “If a tree falls in the forest and no one hears it, does it make a sound?” Based on Newtonian mechanics, we would answer ‘yes.’ But, based on quantum physics, we would answer ‘no’—in fact, we could question whether or not the tree actually exists at all without an observer. Is the tree just waves of potential until an observer manifests it into particles of physical reality?

Have you ever asked, “what would have happened if I had made a different choice?” That question alone contains the energy to manifest an alternate timeline in which you have the opportunity to explore the answer. In the same talk I referred to in my last post, Matt Kahn refers to ‘meta-reincarnation,’ when we ask, “What did my last life look like?—Like this one, but with shittier choices.”

With each differing choice, each aspect of ourselves alters just a little—mentally, emotionally, and even physically—until they only resemble us a little, perhaps like our family members. Eventually, the variations increase so much, and those other aspects change so much, based on so many different choices, that they become completely unrecognizable as us—like strangers. These are the strangers whom we walk past on the street, or see in the news—the ones we really cannot relate to at all, from whom we believe we are completely separate, and with whom we think we have absolutely nothing in common. Except we do. We are them and they are us.

And here is another interesting concept to consider—if it all only appears to happen in time, but actually all happens in the eternal now, then changing your mind about it, or pondering a different choice now, can not only positively alter the present, and the course of the future, it can also alter the past. (I explore this possibility in my short story, Anni Annihilation.)

It is all possible and it is all happening—we’re just not consciously aware of it presently. Or are we?

* From The Dragon Book

Perhaps a day; perhaps a year. It matters not.

“To make me suffer?”

Never to make you suffer. To remove your attachment to suffering. You came not to suffer but to meet humanity—to meet yourself—with a new consciousness. But, first, one must release the trauma one carries. The trauma of years; of lifetimes; of eons. Embedded within your being—within your subconscious; your lineage, your ancestry; within your genes, your very cells.

In the past, humanity met that mission with resistance, burdened with the baggage of thousands, even millions, of years of density. You returned to the body in this incarnation, determined to release the resistance and move forward—to show the way for the rest of humanity—to lead by example. The soul becomes enlightened; the human simply releases the impediments to allowing the opening to awareness.

“Who am I? Am I still human? I don’t remember. Or, I remember too much. Were they all real? Did they all happen? Did I do all those things or only dream them? There were too many; I’ve lost myself in them.”

You lost yourself to remember your Self. You are all of them and none of them. In the past, they all happened. And now, none of them happened.

“But, the things I dreamt…the things I did…. I still remember them, like nightmares. I feel them. They haunt me; they were bad…horrible…humiliating.”

Everything exists on a circular scale. Humiliation is simply heroism becoming. We assist you to move along that scale.

Judgement based on polarity—on the belief in ‘good’ and ‘evil.’ On the belief in separation that only exists in the third dimension. You are on a journey through the fourth dimension, on your way to the fifth dimension. You cannot rise up to that degree with all that heavy karmic baggage weighing you down. It’s too dense to come with you. Too heavy. It all has to disintegrate. A process that you have already begun.

Yes, breaking down always comes first—we must dissolve and reabsorb the old before we may give rise to the new.

By reconnecting, re-membering—reintegrating all the fragments of your reality. By re-embodying all your aspects. Recognizing, experiencing, feeling them fully. They deserve your recognition, your true understanding. You experienced what you deemed ‘bad’ but that only signifies one side of polarity. You must acknowledge both sides to cancel them out.

The dragon will help you for as long as you require help.

“Aren’t you the dragon? Whose voice is this?”

Hah, no, dragons do not philosophize, my dear one, they are far too pragmatic for that. We help you to rationalize it all mentally; we give you a sounding board. Dragons alchemize density.

“What does that mean?”

The breaking down. They help you to release what no longer serves you—trauma, guilt, shame, anger—any and all emotional baggage that you carry from experiences that have hurt or angered you. They take you into the shadow to purge the toxins that have made you sick. To purge anything that you have judged as ‘bad’ rather than ‘good.’ The dragon has a job to do and they will do it unflinchingly.

They burn them. There is a reason they breathe fire. Heat alchemizes density. Your fever started the process.

Hah, well, that is up to you. You have free will up to a point. Then, the baggage has to go—that is where free will ends. Ascension is as natural for the spirit as growing up is for the physical body; these are the growing pains, so to speak—puberty sucks. But, you can choose how to do it. You can agonize your way through it slowly—sickness, torture, slow and excruciatingly painful deaths all work very well for that.

“Why would anyone choose those?”

Oh, my dear, most ascended masters chose the slow, agonizing approach; they believed they must suffer through the process. That’s how the concept of purgatory began. And, there’s nothing like a good burning at the stake to satisfy the ego’s need for martyrdom. Humans so love a good tragedy in the third dimension. And it makes for such an entertaining story after the fact. You know, ‘All the world’s a stage…yada yada.’ You can exit stage left with a bang, a scream, a moan, or a sigh—it’s your production.

“So, I can choose a less painful path?”

Oh yes, you can make it a romance, if you like. You can ask the dragon to light a fire for you and then you can toss each trauma onto it like a log and waltz gracefully around it as it burns—though that much tossing and waltzing can become dizzyingly exhausting.

Or you can make it an epic drama—’to be or not to be’ the log and throw yourself onto the fire, feeling the searing heat as the fire burns through you. And then you rise like a Phoenix from the ashes. That approach is faster, and much grander a finale.

“How do you know so much about this if you’re not the dragon? Who are you?”

We know about it because we’ve done it. It’s a done deal, my dear.

We are you; your Higher Self. Your future self. You asked for help. We responded.

We are inside your head and outside your head. We are no place and all places that every iteration of you has ever been, are now, or ever will be. Hannah was a fractal of us. You are a larger piece. We are the whole.

Here is the big statement that requires some courage to say aloud—here is the grand finale…. Who am I really?

…perhaps you are not here to change all of the things your soul is observing that are going wrong, but you are here to reclaim the parts of you that have been forgotten. 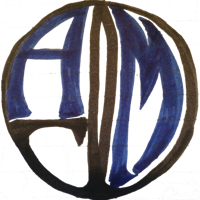