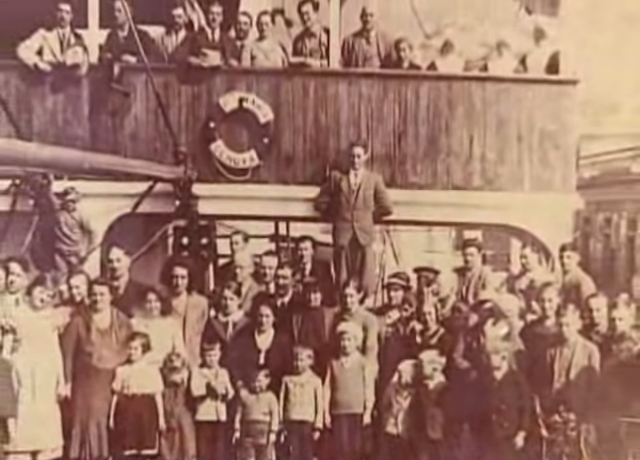 Gisa Catarina Gärtner was born at sea on October 5, 1933, halfway between the province of Tirol, Austria, and the state of Santa Catarina, Brazil, thereby becoming the youngest of 91 Catholic Austrian emigrants headed to found a new colony in the New World.

Her fellow emigrants greeted her arrival dubiously for two reasons: First, no one had been aware of her mother’s pregnancy so they assumed she had concealed it. Second, an unaccounted colonizer would require explanation and additional paperwork with the Brazilian authorities.

Her family greeted her arrival with equal dubiety. The last of eight children, tiny Gisa’s closest sibling outstripped her by 12 years; her eldest already married and settled in Canada at age 27. A large woman, her mother had only started to suspect she was with child in the final days leading to Gisa’s birth. At 49-years-old, her menses had become sporadic; when they ceased completely, she assumed her childbearing years had ended and good riddance. Totally unprepared to care for an infant on the crowded ship, Gisa’s arrival caused her family both great inconvenience and great embarrassment.

Upon arrival on Brazilian soil, the immigration authorities debated Gisa’s status. Her fellow colonizers would enjoy privileges as Brazilian citizens while retaining their Austrian rights. But, having never touched Austrian soil, Gisa had no such claim. In the end, Gisa unconsciously gained another dubious distinction: as the only non-Austrian settler present on October 13, 1933 when their Director of Colonization, Andreas Thaler, officially founded and named the new settlement Dreizehnlinden, or Thirteen Lindens, after a poem of the same name by German poet Friedrich Wilhelm Weber.

In the months that followed, harsh reality and relentless mosquitoes set upon the colonists as they endeavoured to acclimatize to the hot Brazilian sun and reversed seasons, all packed together into one rudimentary communal barracks. They worked together; they ate together; they slept together.

In those her first months, Gisa received the minimal care required to keep her quiet. Passed from one sibling to the next, she only enjoyed the warmth of her mother’s bosom when hunger spurned her to wail inconsolably and she was indulged to guzzle a quick, greedy drink before being returned unceremoniously into the hands of whoever would take her. The exhausting work required to start anew spared no able body. Sometimes, one of the children would simply forget Gisa laying somewhere and only her crying would alert someone else passing to her abandoned state. Yet, miraculously, she not only survived but she grew and developed alongside the developing settlement.

So began Gisa Catarina Gärtner’s life: an afterthought in every sense of the word.

This post marks the beginning of the story “Death by Water”, within the story “Life by Drowning”, to which I alluded when I called this a “multi-dimensional novel”. Although Gisa Catarina Gärtner and the Gärtner family is fictional, the setting is real and the historical details are accurate to the best of my knowledge. Find out more about the history of these brave immigrants in the related post And So It Began.